Banks are some of the most profitable companies in the world. Between corporate lending, investment banking, overdraft fees, and mortgage interest fees, there are many opportunities for banks to keep earning money.

Financial advisor review website Indyfin created a graphic that visualizes how much the top 30 banks in the world make per second. The results are pretty eye-opening. 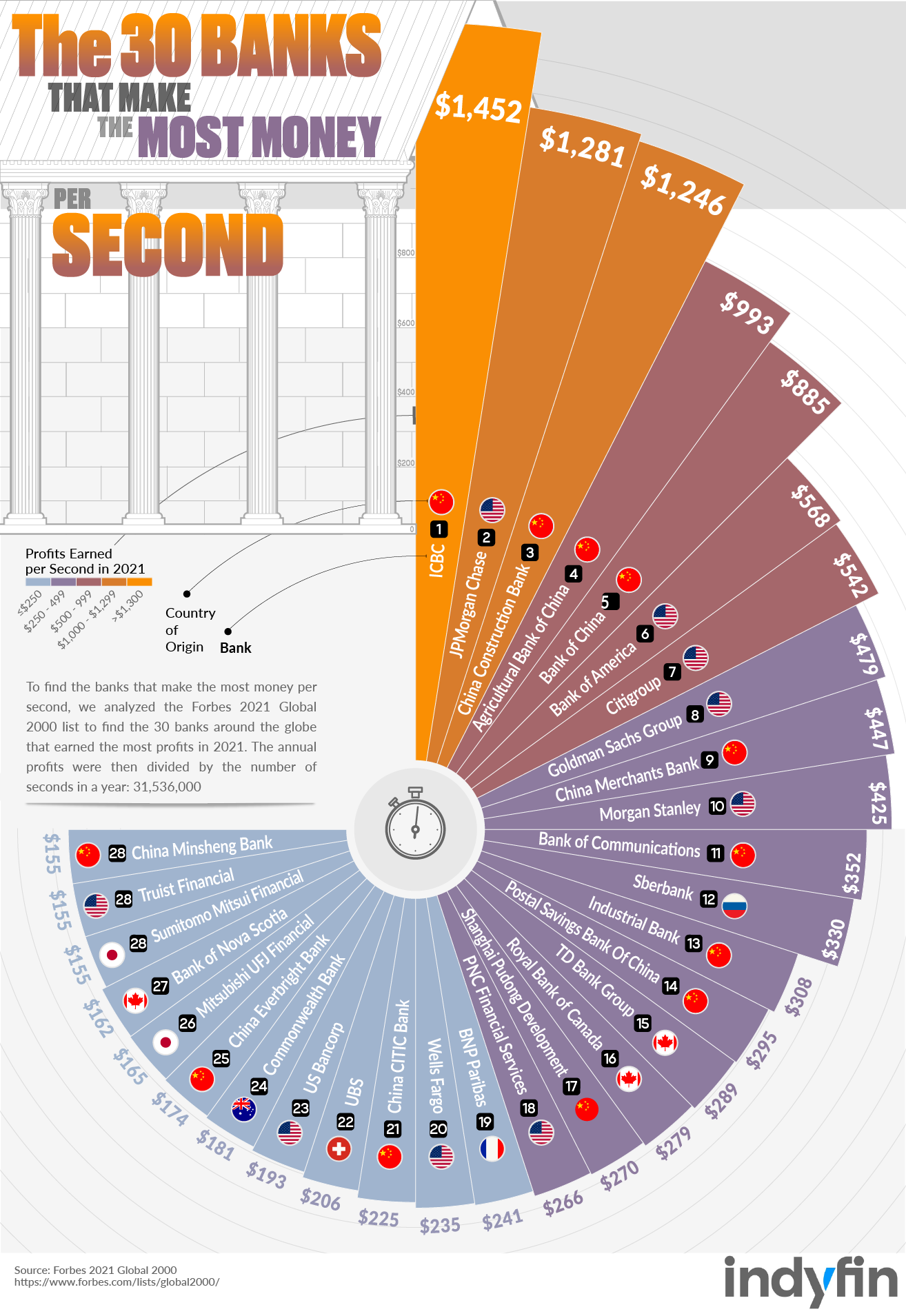 The graphic utilizes a radial histogram visualization to display the 30 banks that earn the most money per second (measured in U.S. dollars). The designers looked at data from the Forbes 2021 Global 2000 list to determine the banks around the world that earned the most in profit. The bars of the histogram also include the banks’ rank and country of origin.

ICBC – which is based in Beijing, China – earned more money in 2021 than any other bank in the world. The bank earned $1,452 every second of 2021. It was founded in 1984 and offers many services including investment banking, consumer banking, global wealth management, credit cards, mortgage loans, and much more.

Which bank on the list is the most surprising to you?

Every Company Owned by Amazon