Each year, Fortune Magazine recognizes the 500 largest companies across the United States, with the ranking being determined by the annual revenue earned by each of those companies. This list includes both private companies and companies that are publicly traded. Leading these companies are CEOs that are not only worth millions of dollars, but have seen much success throughout their careers.

From the team at Academic Influence comes this fascinating visualization that looks at which colleges and universities that have the most alumni as CEOs of Fortune 500 companies.

Which universities have the most alumni now working as CEOs?

According to the research by the team at Academic Influence, it was found that these were colleges and universities that had at least ten alumni who were now the CEOs of Fortune 500 companies.

Founded in 1936, Harvard University is one of the most prestigious universities in the entire world. Due to the university’s illustrious history, it’s no surprise that they take claim to having the most alumni who are now in prominent positions as CEOs. Per the research from Academic Influence, it was found that of the 41 alumni who are now serving as CEOs of Fortune 500 companies, 35 of them had completed graduate programs at Harvard University. Some of the more notable companies that includes this alumni as CEOs today include Amazon (Andy Jassy), JPMorgan Chase (Jamie Dimon), Citigroup (Jane Fraser), Prudential Financial (Charles F. Lowrey), McDonald’s (Chris Kempczinski), Mastercard (Michael Miebach) and Kellogg (Steve Cahillane).

Per their research, here were the nine most common undergraduate degrees of Fortune 500 CEOs.

How Much the Top Banks Make Every Single Second 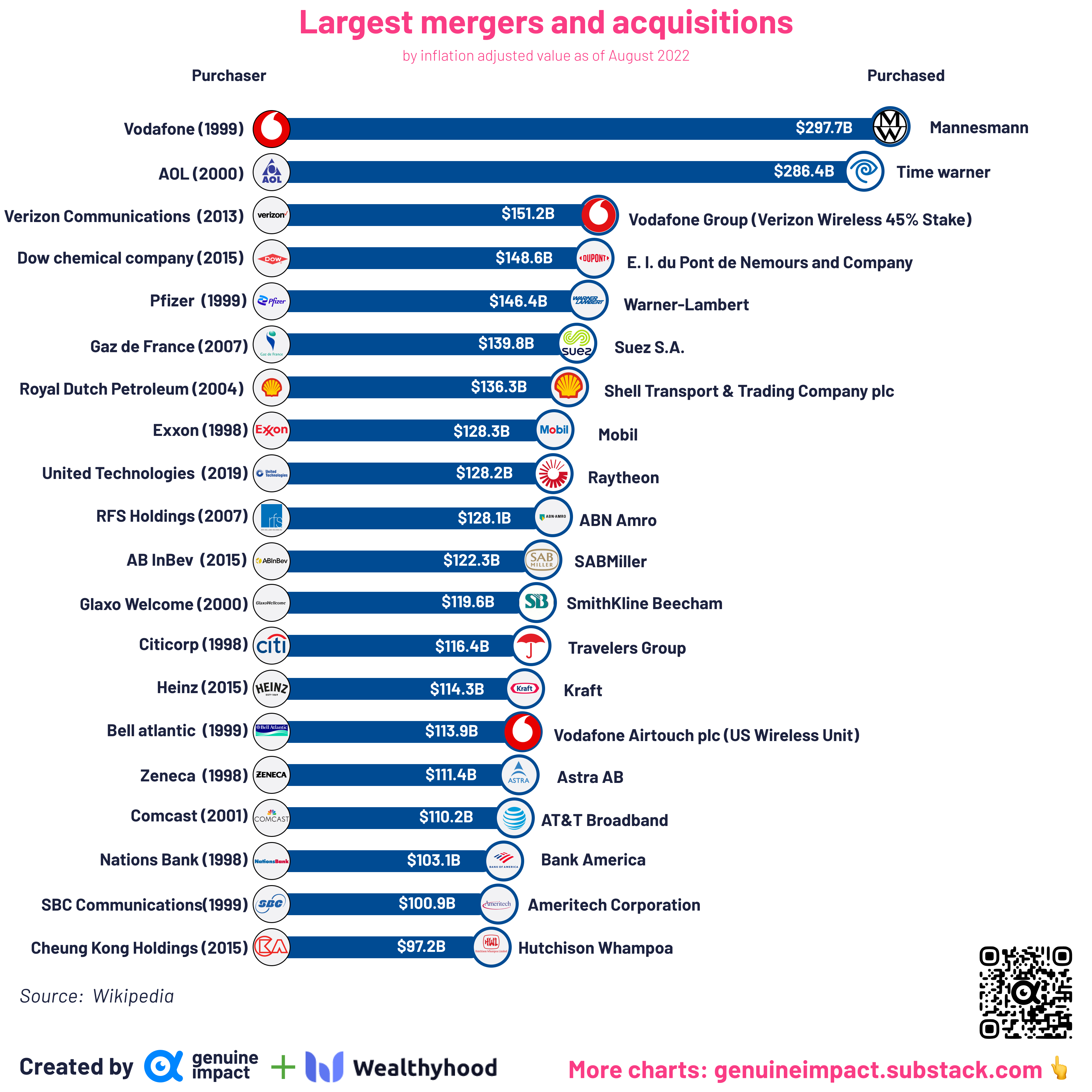