Even though the series finale of popular American TV show Friends aired more than 16 years ago, the show still has a fan base of both old and new viewers. In addition, after years of anticipation, the entire cast is set to reassemble this year for a reunion special to honor the iconic show’s 25th anniversary.

Reddit user u/randomo_redditor created a heat map titled “Who is the Most Talkative Friend?” that analyzes which Friends character speaks the most in each episode by calculating word count. 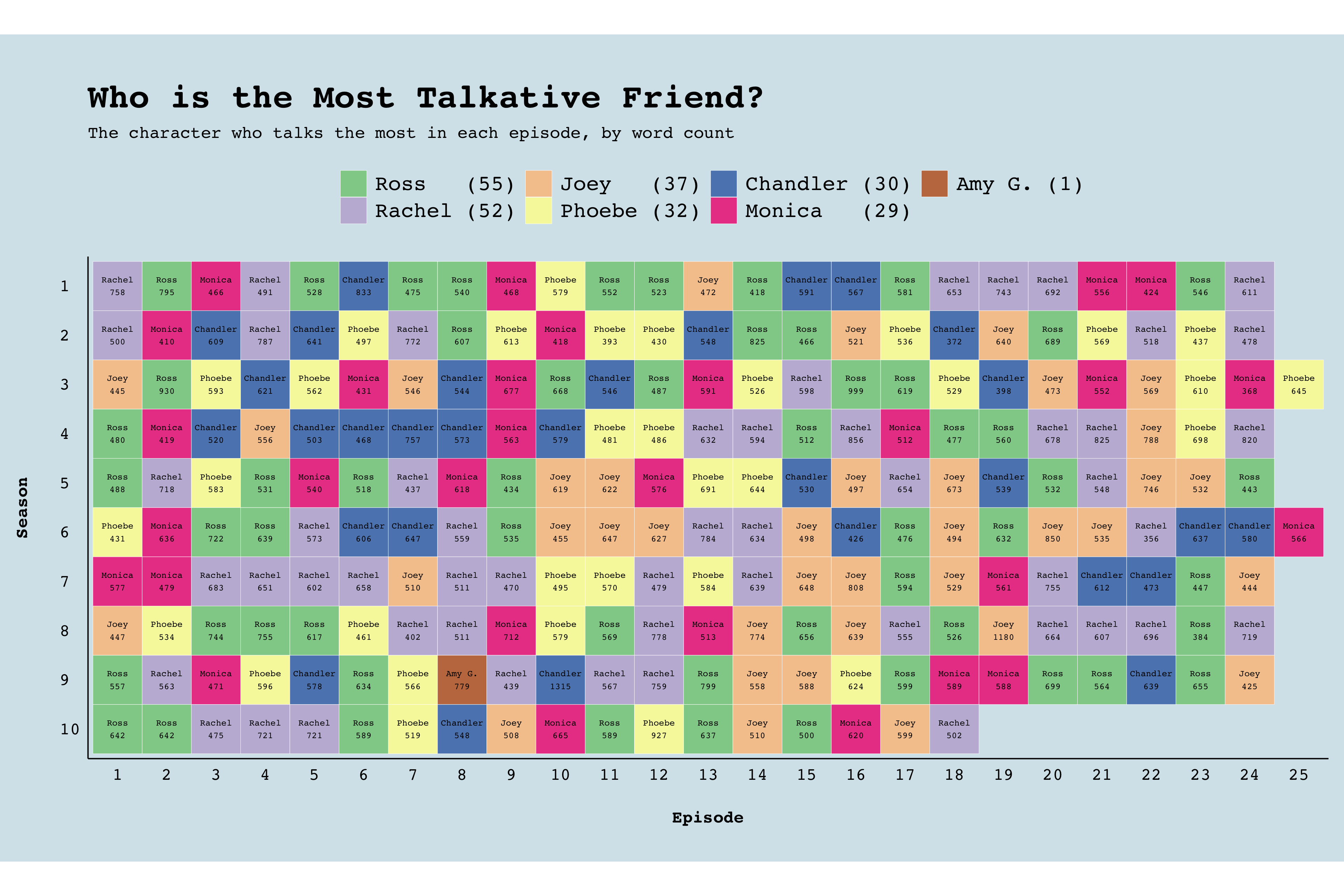 The visualization provides a color-coded guide to which Friends cast member spoke the most words during each of the 236 episodes. Leading the pack is Ross Gellar, a paleontologist and the on-again-off-again love interest of Rachel Green. He was the most talkative cast member in 55 episodes, which is more than 23% of the total episodes.

This is how all six main cast members rank:

Rachel’s sister Amy was the most talkative cast member in the eighth episode of the ninth season titled “The One With Rachel’s Other Sister”.

Which of the Friends cast members’ placement on the list is most surprising to you?

Where Are the Largest Racial Disparities in Marijuana Possession Arrests in America?