The Earth has evolved throughout billions of years to become the ground we walk on today. Since the earliest start of organic material 3 billion years ago, this spiral timeline, created by the United States Geological Survey (USGS), charts how life has evolved through different periods of time. 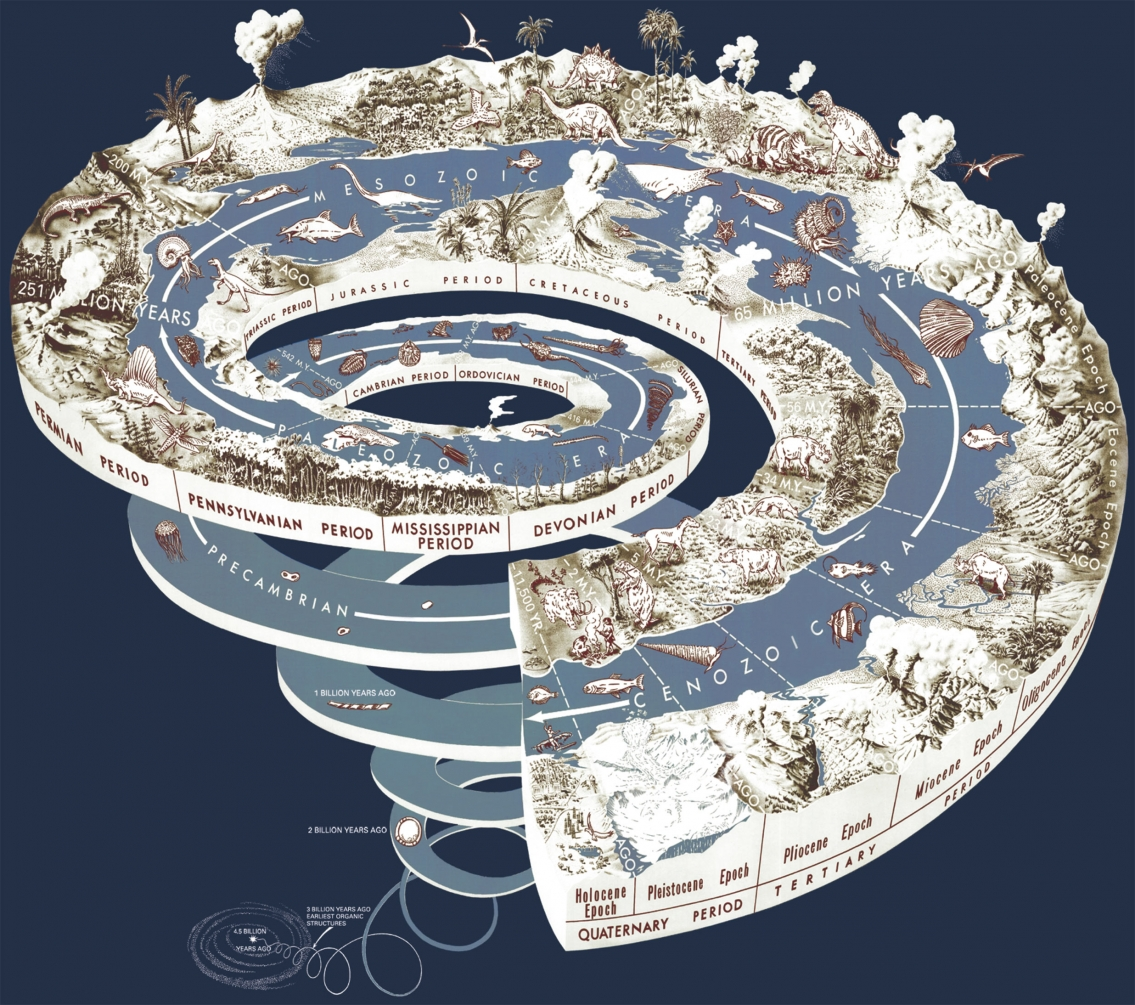 The Precambrian period is known by scientists as the earliest part of Earth’s history. During this time, continents began to form and an atmosphere that could harbor life. Early multi-celled creatures developed like worms and jellyfish. You can see in the visualization how life began to really start to flourish from the Precambrian into the Cambrian period which lasted about 55.6 million years. It is also the first time that the first vertebrates, fish, appeared in fossils.

Next came the Ordovician period. This period lasted for about 45 million years and saw modern sea life start to form. Next came one of the shortest periods in terms of evolution, the Silurian Period which only lasted about 28 million years. During this time a warm climate and high sea level allowed coral reefs and sponges to thrive. This spiral graph shows the next periods of life from the Devonian period, Mississippian period, Pennsylvanian period, Permian period, Triassic period, and Jurassic period. This may be one of the most familiar periods because everyone knows and loves the dinosaurs. What you may not know is that dinosaurs actually made a comeback during this period after they nearly went extinct at the end of the Triassic period. The Jurassic period also saw the development of oysters, crabs, lobsters, crocodiles, sharks, and bony fish. This graphic brings us all the way up to the Holocene Epoch period which is the most current period in Earth’s history.

A Timeline of the Marvel Cinematic Universe

Every Song Streamed More Than 1 Billion Times on Spotify, Visualized

Today’s stunning visualization comes from Visual Capitalist in celebration of the Spotify’s Billions Club! They have created a captivating chart showcasing every song on Spotify that has reached over one billion streams. With over 300+ songs, that is a tremendous amount of information, but they have executed it beautifully. The color scheme is immaculate and it flows with a graceful chaos. 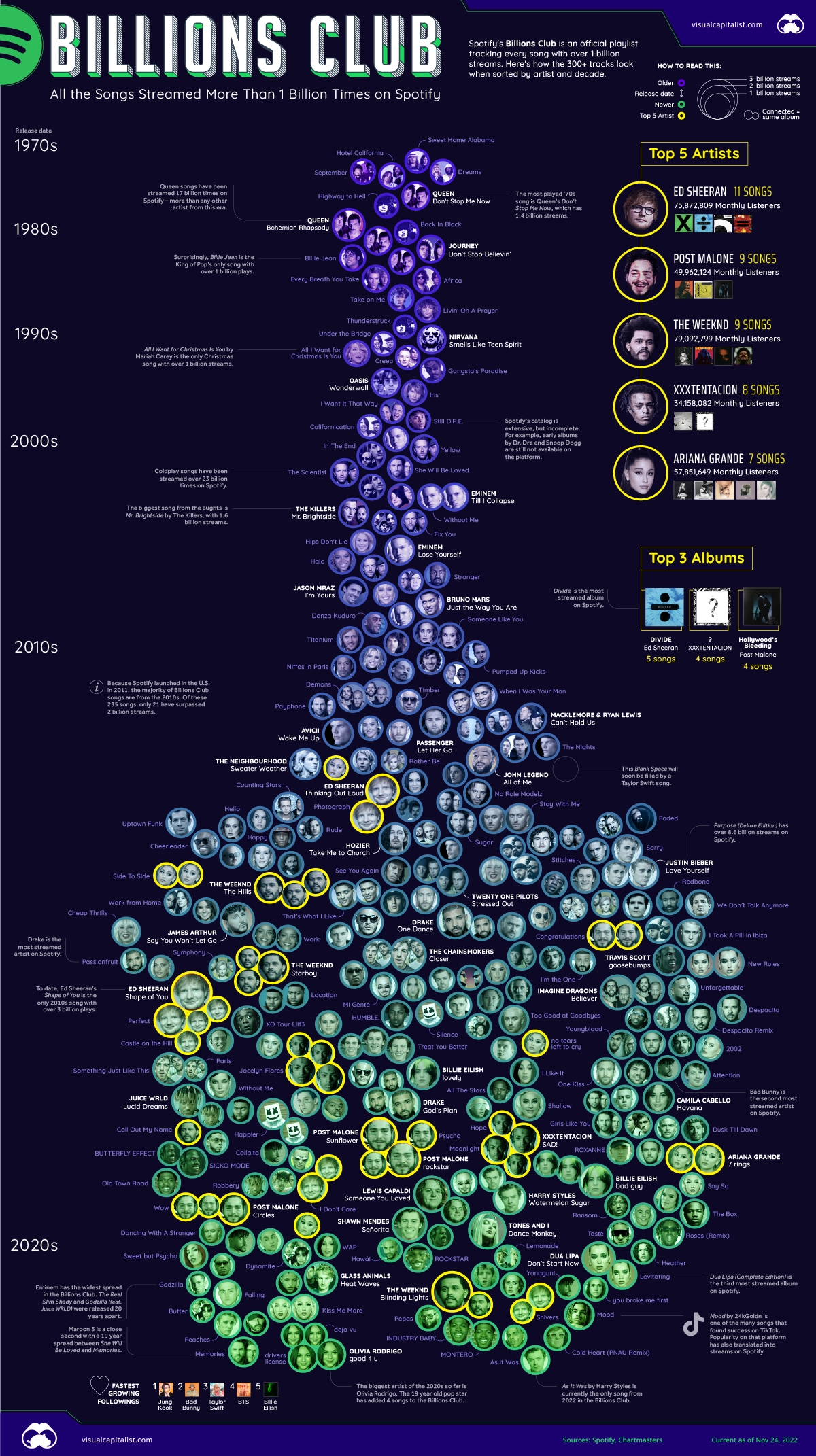 I appreciate how they organized it by decade – this celebrates the legendary songs that have been able to transcend generations, such as Queen’s “Don’t Stop Me Now” and “Bohemian Rhapsody”, Nirvana’s “Smells Like Teen Spirit”, and “September” by Earth, Wind and Fire. “Dream” by Fleetwood Mac also earned a place in the Billion Club – I wonder if that was sparked in part by the viral phenomenon of Nathan Apodaca cruising on his skateboard with a bottle of Ocean Spray to the classic 70s tune? The newer songs that have reached one billion are impressive in their own right – they catapulted to cult status in record time! “Heat Waves” by Glass Animals, “Blinding Lights” by the Weekend, “Dynamite” by BTS and “As It Was” by Harry Styles are particular favorites of mine. In fact, “As It Was” is currently the only 2022 song in the Billions Club! I also enjoyed the “Fastest Growing Followings” section tucked into the bottom like a little Easter egg – as a proud member of Army, I’m thrilled to see Jungkook and BTS are among the top 5. What is your favorite song in the Billions Club? Sound off in the comments below! 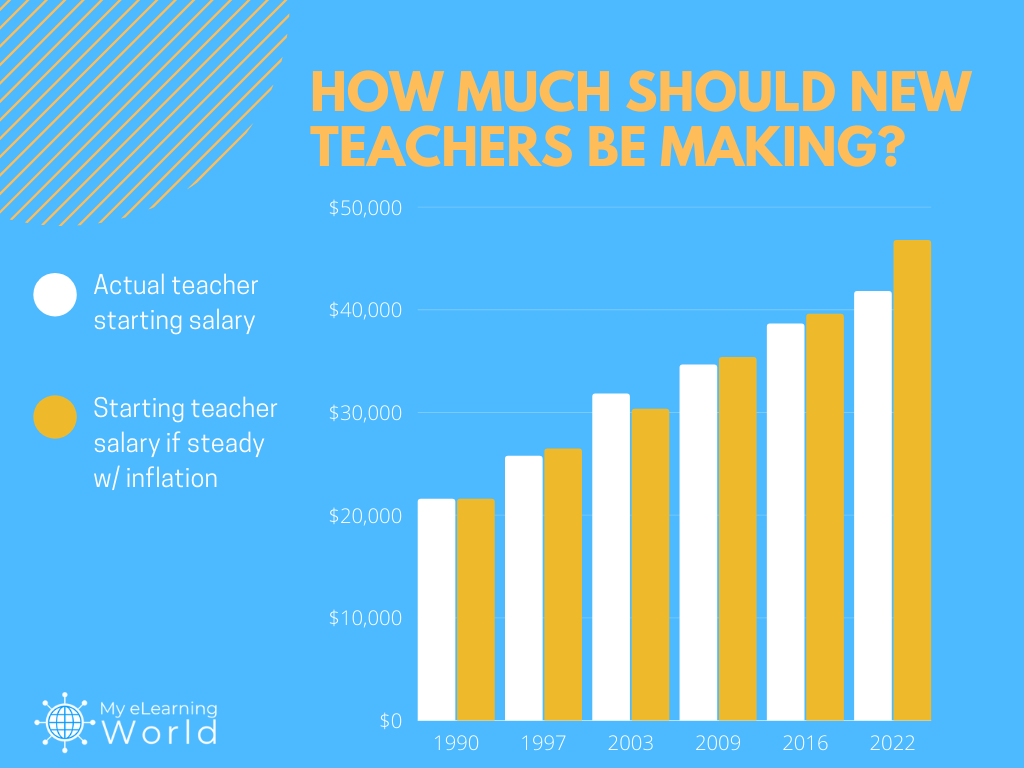