Even though the last season of television show “The Office” aired in 2014, it’s still incredibly popular. It has become a cult classic and is one of the most popular shows to binge watch. Many fans of the show have seen the entire series multiple times and can recite the show’s most famous lines word for word.

The following visualization, created by Bo McReady, illustrates which characters from “The Office” had the largest share of lines spoken in each episode of the series. 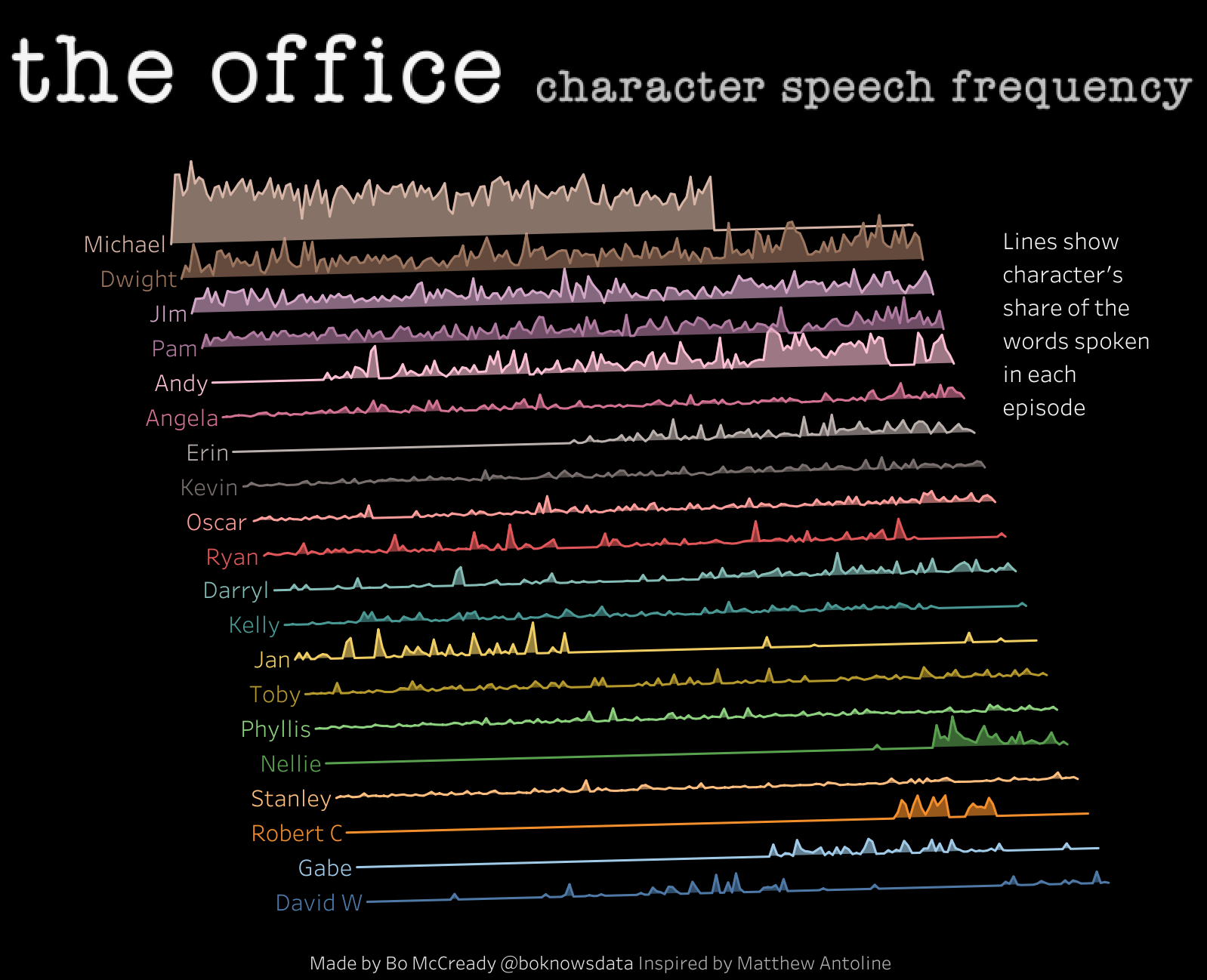 The image utilizes a sparkline visualization to show the 20 characters that had the most on-screen lines throughout the course of the show. Michael Scott, the hapless yet beloved boss of Dunder Mifflin, typically has the most lines in every episode until he leaves the series in season 7. Dwight Schrute, Jim Halpert, and Pam Halpert (formerly Beesly) are close behind him, as the trio’s frequent banter is one of the most memorable parts of the show.

There are also some characters that did not appear in the early seasons of the show that rank highly on the chart. Andy Bernard, who first appeared at the Stamford branch of Dunder Mifflin in season 3, and Erin Hannon, who replaced Pam as the office’s receptionist in season 5, both have high spots on the list.

Interestingly, one of the show’s most popular characters didn’t make the list at all. Fan favorite Creed Bratton, despite appearing in many episodes from the pilot through the finale, is nowhere to be found on the chart. While his non sequiturs and disconcerting rants are unforgettable, they are few and far between in the show.

What Are Amazon’s Biggest Acquisitions?

Cities that Saw the Most Small Business Openings Through the Years